In 1982, civil rights leader Dr. Benjamin Franklin Chavis Jr. originated the term “environmental racism” in response to a decision made in North Carolina to empty over 400 tons of toxic, cancer-causing, hazardous waste into a state-established landfill in the middle of a Black farming community. Dr. Chavis Jr. described environmental racism as, “racial discrimination in the deliberate targeting of ethnic and minority communities for exposure to toxic and hazardous waste sites and facilities, coupled with the systematic exclusion of people of color in environmental policymaking, enforcement, and remediation.”

Environmental racism is alive and well today. Take Flint, Michigan for example. In an effort to save money, Flint changed its water source to the Flint river, however, they failed to properly treat the new water supply and exposed over 100,000 majority Black residents to dangerous levels of lead poisoning and E.coli. Complaints made by residents were ignored leaving some citizens to eventually die from Legionnaires disease, and roughly 12,000 children exposed to neurotoxins. Because of increased community pressure, the city eventually reconnected the former water source and admitted their wrongdoing. Lead poisoning overall disproportionately affects children of color. According to a study by the Center for Disease Control and Prevention (CDC), 11.2% of Black children are poisoned by lead, 4% of Mexican-American children, and 2.3% of white children. 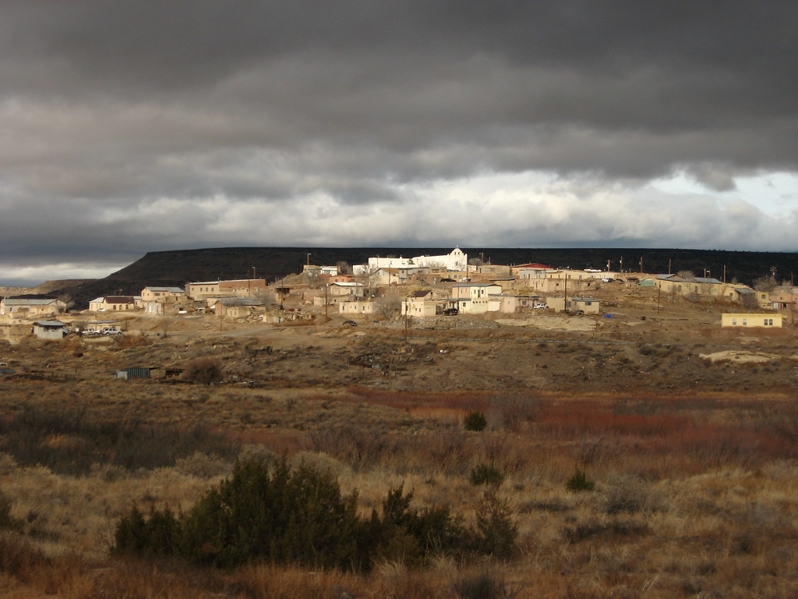 Indigenous people are regularly exposed to environmental racism as well. 70% of uranium mining worldwide happens on Indigenous territories with two-thirds of prospective uranium deposits in the United States being located either underneath or near Native land. The biggest open-pit uranium mine in the world is located on the Laguna Pueblo. There are three open-pit uranium mines and nine underground mines that have exposed Pueblo members to pollution. US Secretary of Interior and member of the Laguna Pueblo Deb Halaand, states “Our community—like many others—bore the dirty burden of pollution produced by development… I know exactly how, in so many ways, this industry has devastated communities”.

Latinos are also disproportionately impacted by environmental racism, being 63% more likely to breathe fine, particulate matter air pollution, than they produce. What does that mean exactly? That means that while white Americans contribute more to air pollution than minority populations do, it is the minority populations who suffer the consequences the most. Yes, factories and power plants create a lot of pollution, but it is the majority white American consumption of these goods and services that drive the factories and the power plants to create this pollution. The research behind this is fascinating and a highly recommended read if you are interested in understanding how consumer spending in different economic sectors is linked to the main emitters of air pollution. You can also read this article that summarizes the study if you do not feel like reading the entire study that took six years to complete. The final findings also discovered that Black Americans breathe 56% more fine particulate matter air pollution, and white Americans breathe 17% less air pollution than they produce. Exposure to this pollution by all groups has fallen, but the inequity remains mostly the same.

In New Mexico, Hispanic populations are more likely to live near hazardous landfills while Black communities are more likely to live near industrial facilities and toxic waste sites. Socioeconomic status and class bias, decades of residential segregation, chronic stress due to discrimination and systemic racism, and healthcare disparities, continue to be driving factors in marginalizing Black, Indigenous, and People of Color (BIPOC) putting them at greater risk for premature death from environmental factors leading to cancer, asthma, and respiratory illness. 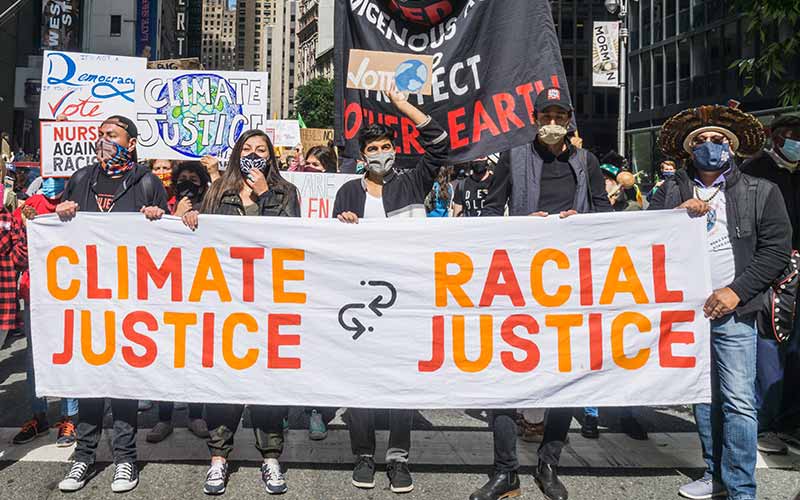 The good news is that we can do something about environmental racism. It starts with education. The more that we understand how environmental racism impacts our communities locally, the more equipped we are to step in and be an advocate for the communities most affected. Support organizations like the New Mexico Environmental Law Center. 70% of the work they do is aimed at protecting the quality of New Mexico’s groundwater, which is the source that the majority of New Mexicans rely on for drinking water. It also helps to get to know local social justice leaders from communities most marginalized. One of the easiest ways to find a local group to volunteer with is through Volunteer Match. Not only does this allow you to get involved in making change at a grassroots level, it connects you to people most impacted by environmental racism giving you an opportunity to elevate and amplify the voices of community leaders working to make change happen for them and their families. It is of utmost importance to stay informed and connect with local elected officials who already hold a seat at the table where policy gets decided. Find your Representatives and contact them about the issues that are of concern to you and policy changes that you find necessary to combat environmental racism. Even if it feels like you are talking to a brick wall, real change requires keeping conversations going for the long haul. Most importantly, realize that making change happen doesn’t mean doing this or that, it means doing this and that. So make phone calls, and send emails, and educate yourself as much as possible, and volunteer, etc.

More good news came with our most recent legislative session in which Governor Michelle Lujan Grisham passed Senate Bill 8, which allows New Mexico to, “create and enact rules to reduce air pollutants and mitigate hazardous waste in addition to federal law, while also allowing the state to remediate groundwater contaminants” that typically are not regulated at a federal level. This strengthens water, land, and air protections in the Land of Enchantment. While the impact of climate change and environmental racism is devastating, we can be part of making the necessary changes that are required to bring environmental equity to all communities and make clean air and water a human right.

As a certified B-Corporation, Positive Energy Solar prioritizes people and planet, recognizing that tackling climate change also means uplifting the communities most affected by its impact. From the suppliers that we work with to our daily business practices, we are dedicated to sustainability and honor the long-term commitment, and conversations that come with making progress toward a more equitable society for all.