Renewable Energy and Energy Storage Can Potentially Save Us From Tragedy

Renewable Energy and Energy Storage Can Potentially Save Us From Tragedy

Record-breaking winter storms threw the United States into a crippling energy resource crisis this past week, an obvious result of erratic weather brought on by climate change. All eyes are currently on Texas as hundreds of thousands of residents are still without power and water systems remain in peril. Numbers are down from around 4 million Texans suffering from power outages and 12 million under notices to boil water as frozen pipes halt the water supply. Across the South 34 people have died amid the snowstorm with 20 of those deaths being in Texas. Had officials with the Electric Reliability Council of Texas (ERCOT) not acted as quickly as they did to implement blackouts to avoid the grid blowing entirely, Texans could have faced a worse catastrophe. Officials note that they were minutes if not seconds away from a months-long blackout as a result of grid failure. 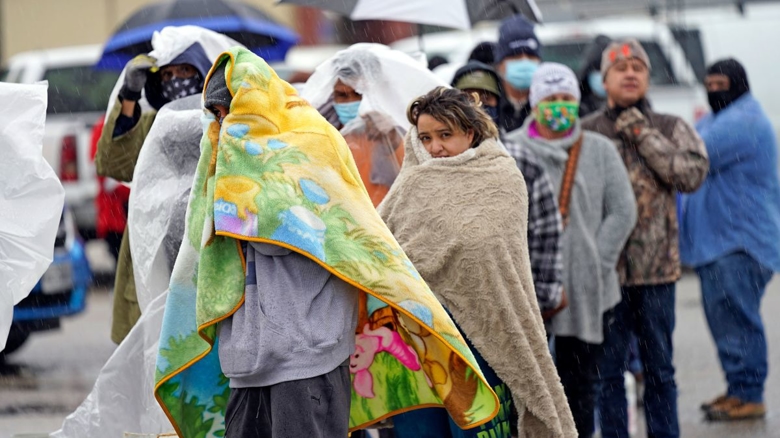 Climate change deniers, such as Texas Governor Greg Abbott, blamed wind turbines and the Green New Deal for the power grid outages. In reality, wind farms lost roughly 4.5 gigawatts of capacity at a time and many did stop functioning during the icy conditions but their role was minor compared to the role natural gas, coal, and nuclear malfunction and/or nonfunction played. Though Texas has more gigawatts of wind resources than any other state in the country, only about a quarter of that is functioning during the winter months. The biggest culprit is Texas having its own power-grid, largely disconnected from the rest of the United States going back as far as World War II when Texas utilities connected to form the Texas Interconnected System prioritizing their desire to stay out of reach of the federal government and regulators. Come 1970, ERCOT was formed and took responsibility for managing the grid’s accordance with national regulations, still staying to themselves to avoid federal regulators.

Anyone who thinks what we are seeing in Texas is a once-in-a-lifetime anomaly is sadly mistaken. In the summer of 2020, two million Californians experienced power outages as scorching heatwaves overtook the Southern portion of the state. As global warming worsens, we will see more weather-induced catastrophes across the country and the world. The weather will continue to be unpredictable and power grids will be pushed beyond what they can bear as residents increase power demand to survive the erratic weather changes and put more load on grids than they are built to manage. Grid planners cannot predict the future unstable weather conditions and fortify our grids to handle these unknown factors. The 67 gigawatts of electricity that Texas grid operators had fortified the grid for in a ‘worse case winter peak scenario’ was surpassed as Texans relied on electric heaters that consumed substantial amounts of power. Freezing temperatures paralyzed power plant equipment and the demand for natural gas left plants without sufficient fuel.

To make it plain: Our grid is not prepared for Climate Change 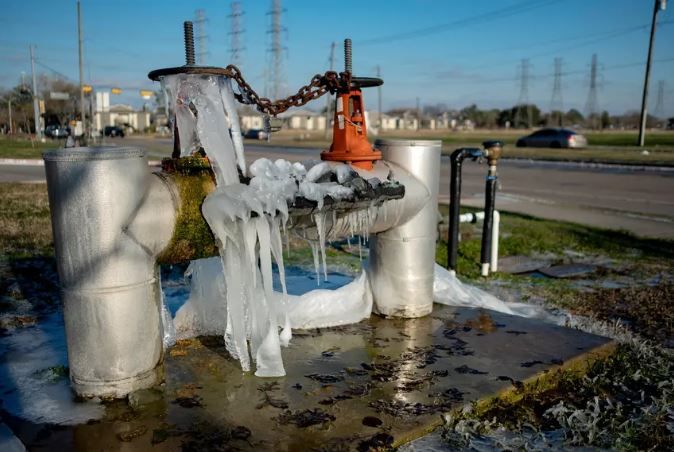 It’s time we get serious about our energy options to protect our homes and our families from natural disasters such as these while also considering ways to take action and reduce carbon emissions that are contributing to global warming - especially considering how the communities who suffer most from these disasters are already living vulnerably. That means looking to renewable energy and storage systems.

With a solar energy system that is paired with energy storage, your solar system stores whatever electricity is not used during the daytime when you are most likely using less energy. That means you have energy stored to provide you with power when you need it later on. This is usually accomplished with alithium-ion battery integrated into the solar energy system. The process repeats itself day after day resulting in you being energy-independent and self-sufficient in times of natural disaster.

In fact, Lightsource BP manages solar energy projects and operates a 260-megawatt facility 100 miles northeast of Dallas, TX. They reported that their facility was still generating electricity throughout the winter storm. The site operated at roughly 80% of its capacity on February 15th despite the weather conditions. This power was supplied to the ERCOT grid and delivered 3.6 million kilowatt-hours of power to the state. Engie North America, another company invested in renewable energy, reports that its solar projects throughout Texas have also continued providing power. Other residential solar installers shared that their customers were able to self-generate power during the blackout.

The Santa Barbara Clean Coalition is championing a solar plus storage system for maximum energy resilience as they face frequent power outages and Public Safety Power Shutoffs (PSPS) becoming a ‘new normal’ in unforeseen circumstances like mudslides and wildfires. They would need 200 megawatts of solar power and 400-megawatt hours of energy storage to pull through in a loss of its transmission connection without power being interrupted. They are looking at 15% of the city’s parking lots and parking garages and rooftops to install solar so that they can meet the 200-megawatt goal.

Puerto Rico is another example of the power of renewable energy storage systems in times of disaster. After the devastation of Hurricane Maria in September of 2017, emergency responders scrambled to provide aid. Their efforts were hamstrung by the lack of access to reliable electricity. It was 11 months after the fact when relief workers, nonprofit organizations, and renewable energy companies provided some of the hardest-hit communities with tools like renewable energy storage systems that allowed Puerto Rio access to no-cost, reliable energy that bypassed the energy grid that had been obliterated by the storm. This gave Puerto Ricans clean water, the tools they needed to begin rebuilding, and access to communication.

What about storage system battery costs?

New Mexico has legislation being considered that rewards New Mexicans with an Energy Storage System Tax Credit. Senate Bill 301/HB262 proposes that any taxpayer who installs an energy storage system on their home may receive a tax credit equaling 40% of the total cost to purchase and install the energy storage system, and up to a maximum credit of $5,000.

Currently, there are 20,000 Distributed Energy Resource (DER) solar systems, often referred to as rooftop solar systems, installed in our state and most are without energy storage (batteries). That means when the solar energy system generates more energy than is being used in the home, that excess energy is sent back to the grid also known as back-feeding. Adding storage enables the capture of that energy so that you can use it at a later time, like at night.

This tax-credit incentive could result in the implementation of energy storage on the larger scale that is necessary to avoid mass blackouts from overburdening the grid system in events of future drastic weather events due to climate change.

What about the vulnerable communities that cannot afford solar? 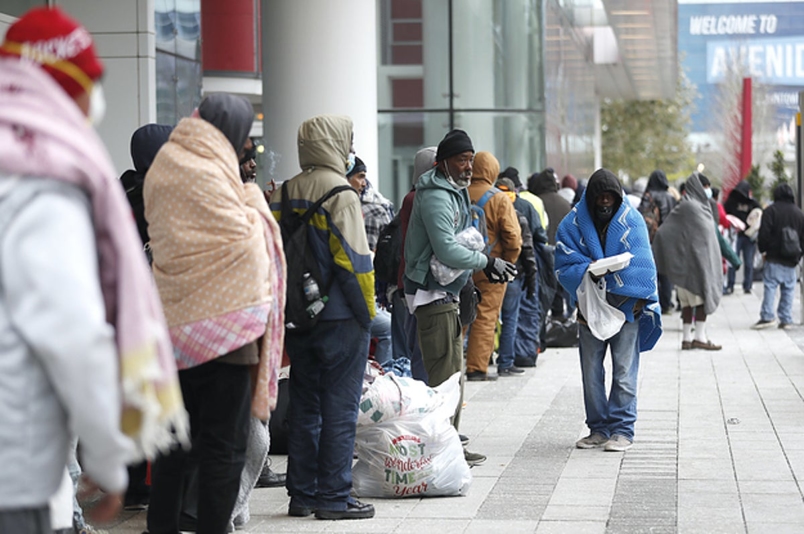 It is time we also start implementing Community Solar for the communities that are ignored in natural disasters. Communities of color are disproportionately burdened by extreme weather events, heatwaves, and flooding. Discriminatory housing practices, education, employment, and food deserts put BIPOC (Black, Indigenous, People of Color) people at greater risk of death when resources are further threatened by hurricanes, fires, and severe winter storms. Community Solar would provide a solution to the lack of accessibility to solar by low-income families, renters, and Native American tribal members, by making solar more widely accessible and cheaper.

The Community Solar Act was introduced in New Mexico legislature in January and is seeking support to move forward so that solar energy can be more affordable and accessible to all. You can support the act by signing here.

From the air we breathe to our sources of energy - the effects of climate change are making their presence known. The good news is that we can meet the challenge with renewable energy and energy storage that makes us self-reliant on clean energy resources and reduces our carbon emissions to slow the effects of global warming that we see today.

Though the freezing temperatures are subsiding, Texans are still in desperate need of relief as water is still in short supply and hundreds of thousands are still without power. For a limited time, for every referral made to Positive Energy Solar we will donate $25 to Texas relief efforts. You will also still receive $50 for every one of your friends who gets a consultation, and another $250 if they go solar with us!

If you would like to consider solar energy and energy storage for your home, Positive Energy Solar is your local and community-focused B-Corp solar company that is here to answer your questions! Give us a call at (505) 344-0071 for a free solar consultation.