When researching all-things solar in your preparation to invest in clean energy, it is likely that you will see and hear terminology that you’ve never heard before like inverter and power optimizer. Then you might feel a tad bit overwhelmed once you find out that there are different types of inverters and that you will not always need to buy a power optimizer. Luckily, we’re here to walk you through some of this to ease your decision-making process.

Solar inverters are part of your solar panel system. They convert the direct current generated by your solar panels into alternating current, which is the electrical current powering your home.

What are String Inverters?

A string inverter is also known as a centralized inverter. These come as standalone units and are usually installed near your utility meter, close to your service panel. You will have one or two string inverters depending on the size of your solar panel system. 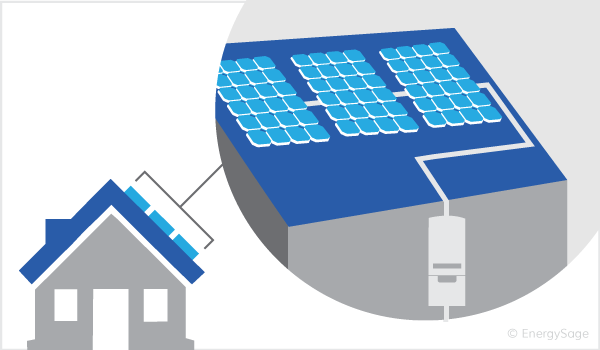 For a string inverter, your solar panels will be arranged into groups known as a “series string”. The panels are then wired together and connected to the string inverter.

Micro-inverters perform the same function as string inverters but are individually installed underneath each solar panel. 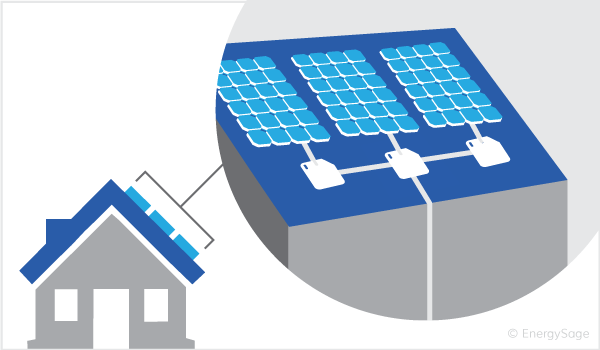 Whereas string inverters cap electricity production by the least producing panel, microinverters take full advantage of each panel’s production and convert the power generated per panel to the grid’s voltage. 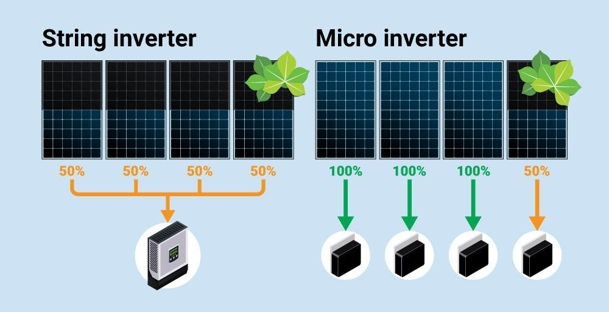 This reduces potential energy loss caused by shading or differences in energy production when solar panels are installed on different facing roof planes.

What About Power Optimizers?

When paired with a string inverter, power optimizers increase your solar system’s performance by tracking the maximum power point of each panel.

This optimizes the transfer of DC from the solar cells to the central (aka string) inverter where it is converted to the AC that powers your home or business.

When you have a string inverter, power optimizers make it possible for you to keep tabs on the performance of each module in your solar system, rather than leaving the system’s performance based on the weakest performing module. This, therefore, mitigates any issue caused by shading, dirty panels, or degradation.

Curious as to what type of inverter is the best option for your solar energy system? Let Positive Energy Solar take the guesswork out of it. Give us a call at 505.344.0071 or schedule a consultation online! Solar consultations are always free.