Women made up nearly 50 percent of New Mexico’s solar industry workers in 2016, according to a report from The Solar Foundation. That puts New Mexico at No. 3 nationally when it comes to the percentage of solar jobs held by women. Nationwide, women make up 28 percent of the solar workforce, according to the same report. 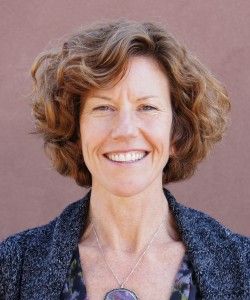 Regina Wheeler, CEO of Albuquerque-based Positive Energy Solar (NASDAQ: SPWR), ranked by Albuquerque Business First as the second-highest-grossing solar and renewable energy company in New Mexico, said there are a few reasons why women have such a strong presence in this industry. Positive Energy reported $12.98 million in revenue in 2015.

“You don’t have to have 20 years of experience in solar because there is no such thing,” she said. “We have to teach everybody solar. When you have an industry that is employing more and more people across the country, you can’t find people with experience, you have to train them.”

The report showed New Mexico saw a 54 percent increase in solar jobs from the year prior, when the state had 1,899 jobs.

Women are still underrepresented in energy sectors such as oil and gas. CBS recently reported that in the oil and energy sector, women accounted for 17.4 percent of leadership roles in 2016, a decline of 5 percent from 2008, according to research from LinkedIn.

Around 20 percent of Positive Energy Solar’s workforce is female, according to Wheeler. She said the company seeks diverse applicants with no specific focus on recruiting women, and is encouraged to because of its B Corp. status. She said solar is not less physically demanding than a job in the oil and gas sector.

“We have project managers, engineers, we do construction and get permits. I’ve hired some people from the oil and gas industry,” she said.

Wheeler, who worked in aerospace for a decade, said she switched to leadership roles in the environmental field and eventually the renewable energy industry because of a woman she admired.

“My mother always encouraged us to contribute to society and to the community,” she said.

Learn more about our Residential and Business/Government solar panel installation services on our website!