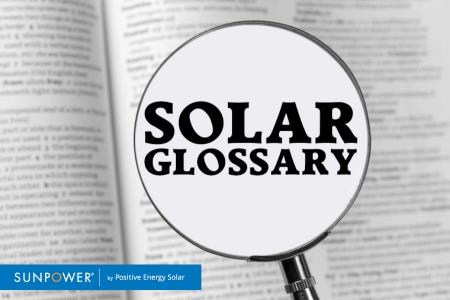 In New Mexico, having solar panels installed on your home or business is a smart way to save money and decrease your utility bills - Not only that, but the process of going solar is extremely easy once you've found the right solar energy company. With any cutting-edge technology, however, there can be a plethora of technical jargon, measurements, and qualifications used that are enough to make your head spin!

That’s why we’re spending this week’s blog post talking about some of the most commonly-used terms in solar power so that you can feel confident on your own quest to better understand how to go solar in New Mexico and pick the right solar energy company to meet your goals.

Don't worry, we're here to help explain these and any other questions you may have about solar for your home or business, just give us a call and schedule a free consultation!

A measure of electrical energy equivalent to power consumption of 1,000 watts for one hour. 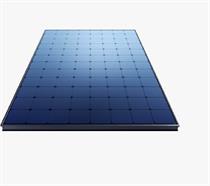 Also known as Photovoltaic (PV) panels, solar panels take sunlight (photons) and, through the use of specially designed material (commonly, silicon), create electricity (voltage) that can be used or stored.

Inverters are equipment that converts the type of electricity generated by the solar panels--direct current (DC)-- into electricity that can be used in your home--alternating current-- (AC). Modern inverters also prevent electricity from flowing back to the electrical grid should the local grid go down. This rapid shutdown without exporting energy to the grid is known as anti-islanding. This is a required feature designed to protect workers repairing the power grid. 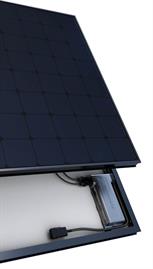 A micro-inverter system has multiple inverters (one for each solar panel). Think of solar panels like bulbs in a string of holiday lights. In conventional inverter systems, when one panel fails, the whole system goes out. Or when one panel’s output drops -- thanks to fallen leaves, a passing cloud, or some other unavoidable factor -- the system’s overall performance drops to match that lowest-performing panel. With microinverters, each panel operates independently! 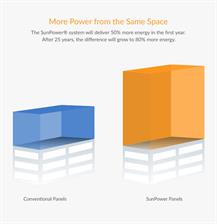 The portion of energy in the form of sunlight that can be converted from a solar panel into electricity. The higher the efficiency, the more usable power you can get from your solar panel. Make sure your solar installer is using high efficiency solar panels for your home.

A solar panel’s product warranty covers the integrity of the panel itself, and protects you against problems such as manufacturing defects, environmental issues, premature wear and tear etc. As with most warranties, a longer period is generally more advantageous to you. The terms and conditions of the solar product warranty can very dramatically. For example, The solar panels Positive Energy installs have a 25-year warranty covers shipping and labor to replace any panels, while other manufactures may require the homeowner to pay these fees. On top of that, an additional limited warranty (extended warranty) may be available. Positive Energy systems include a 30-year limited warranty through SolarInsure creating the most robust warranty and peace of mind in the industry.

The amount of electricity a solar panel produces declines a very small % every year, known as degradation. That’s true of all solar panels, but to varying degrees. A power/performance warranty is the manufacturers guarantee that the panels will not lose more than the designated % of power output capacity over time. To ensure the best return on investment and long-term value, look for solar panels with the higher output warranties (lower degradation rates).

As a homeowner, you can apply for a credit when filing your income taxes under the Solar Investment Tax Credit. This Federal tax credit is used when a solar system is purchased outright (or with financing) and installed in your home. You may want to consult your tax advisor for more details on how it may apply to you. Thanks to the recently passed Inflation Reduction Act, the ITC is 30% of your solar costs. For example, if a solar energy system costs $20,000 you may be eligible to claim $6,000 as a tax credit. Some states also provide additional incentives. In New Mexico, there is an additional 10% tax credit for solar, meaning your potential tax credit savings could be 40%!

Also known as RECs, Renewable Energy Credits, Green Tags, green energy certificates or tradable renewable certificates are tradable commodities that prove one megawatt-hour of electricity was generated from a renewable energy source. One megawatt-hour equals 1,000 kilowatt-hours, and the average residential customer consumes about 800 kilowatt-hours a month. Most utility companies in New Mexico are not currently buying REC's (or are buying them at a price so low it doesn't cover the application cost).

The annual solar savings of a solar building is the energy savings attributable to a solar feature relative to the energy requirements of a non-solar building. In other words, a comparison of what you save with solar vs. not having solar.

People often calculate the average cost of solar panels by looking at its price in dollars per watt. This is done by dividing the system cost by the number of watts the solar panels name plate rating shows. For example, a $17,000 system that is 4kW (4000 watts) would be $4.25 per watt. However, your system will not always produce its name plate rating due to degradation and many other factors, so a better way to value the true cost of solar is to look at dollars per kilowatt hour ($/kWh) over the warranty period.

Because power warranties on solar panels vary drastically due to guaranteed degradation, the most accurate way to determine the cost of solar is to look at how much the energy costs to produce (the same way you pay the utility company). To do this, you look at how much energy the system will produce over the warranty period (30 years) divided by the cost of the solar energy system. For example, a $17,000 4kW system that will produce 137,000 kWh would cost $0.12 per kWh, whereas the same size system that would only produce 120,000 kWh would cost $0.14 per kWh

A solar electric or photovoltaic (PV) system in which the PV array acts like a central generating plant, supplying power to the grid. 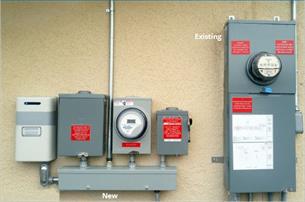 The balance of system (BOS) encompasses all components of a photovoltaic system other than the solar panels. This includes wiring, switches, service panel, combiners, a mounting system, one or many solar inverters, and more.

The linkage of transmission lines between two utilities, or between a utility and an end-user, enabling power to be moved in either direction. This is required to have your solar system connected to the local utility grid. Positive Energy solar takes care of all the interconnection paperwork for you!

Net metering is a solar program in New Mexico that provides credits to you for supplying excess electricity from your solar power system into the grid. Depending on your utility company, the terms of Net Metering may vary. Typically, you receive a credit for any excess solar energy that can be used at a later time -- think "rollover minutes", but with solar power!

Devices or applications provide details about a solar power system and energy storage system. Data may include energy usage, a display of the amount of stored energy remaining stored, as well as details on the cost for electricity supply at different times of the day.

A photovoltaic array set in at a fixed angle with respect to horizontal.

The angle between true south and the point on the horizon directly below the sun. This term is used to describe the direction of your solar panels.

The equivalent number of hours per day when solar irradiance averages 1,000 w/m2. New Mexico receives an average of 6.77 peak sun hours a day on a fixed solar panels. 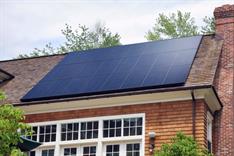 An interconnected system of PV modules that function as a single electricity-producing unit. The modules are assembled as a discrete structure, with common support or mounting. In smaller systems, an array can consist of a single module.

The majority of solar mounts are attached directly to a home's rafters, while a ballasted mount is used to install solar panels on flat roofs using weights to keep the array in place. No penetration of the roof is required.

The North American Board of Certified Energy Practitioners® (NABCEP®) is the most respected, well-established and widely recognized national certification organization for professionals in the field of renewable energy. It is a voluntary certification that a solar installer or solar sales representative may receive after extensive testing. This is the gold standard for hiring a solar energy company.

A device to enable the storage of energy, in a chemical form, which can later be drawn on to supply power. While batteries are not a requirement to go solar, it can be a great option for anyone concerned about power outrages or backup power. Batteries CAN be integrated at a later time, even if your solar panels have already been installed.

A battery technology that uses one of a number of possible compositions of lithium ion or lithium iron chemical to store energy. Currently, this technology is the most popular for use in solar applications because lithium ion batteries are compact and offer the longest lifespan at a reasonable cost.

The amount of energy a battery can store measured in kilowatt-hours.

The DoD refers to the amount of battery capacity that has been used. Most batteries for solar have a guaranteed depth of discharge they will allow within the warrantied output. For example, Sonnen batteries allow for 100% DoD, allowing to use the entire capacity before needing to be recharged.

The number of charging and discharging cycles a battery is expected to have.